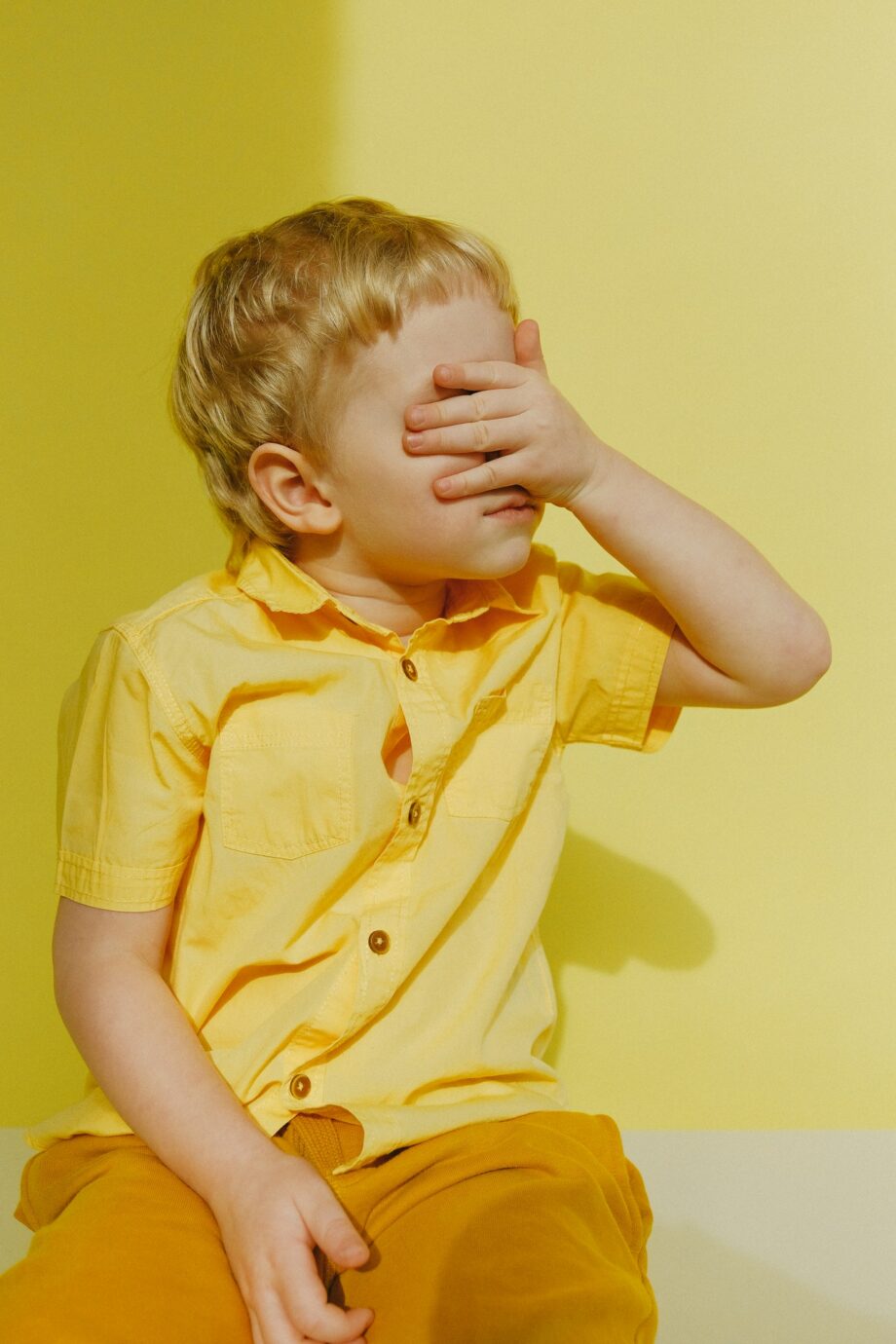 Sometimes getting past the embarrassment is the hardest part. We want to just tank it; to overcome our embarassment and to move on. To show that we’re better than whatever it is we’re embarrassed by. Well, I found something that really helped me turn around how I approach those small embarrassing moments. Check out this inspirational tweet:

You see? Doesn’t that help with-

Okay, well, thanks to @cassiemyth I can’t find the original tweet, tumblr post, messenger pigeon scroll, or whatever it was. Thanks for that Cassie. I hope it was worth it.

Sure, there are some exceptions. If you make an absolute fool of yourself in front of someone and it’s awkward enough for them as well, that second-hand embarrassment might have you on their mind a bit. But, beyond that one person, you’re going to be okay, I promise.

And yes, there’s also people with really good memories that might be able to easily recall your less-than-fantastic moments, but they’re not just remembering your embarrassing moments. Remember, we all have them! Now stop trying to tear apart my post!

Maybe that’s not enough for you. Maybe you just did something reall really embarrassing, like choosing to put pineapple on a pizza (I’m looking at you Zach), and you’re not buying this whole spiel. Well, just for you here are some of my embarrassing moments for you to comfort yourself with. Some of them are mine, some of them are friends, some are from the infamous “world wide web” you’re using right now!

Some Mildly Embarrassing Moments from Me and Others

30 years ago… gas stations with convenience stores had become a thing. I stopped for pepto bismal…. clerk asked if I had gas with that… indignantly told her that I only had an upset stomach!! Walked out to see the pumps… still cringe!!

Not me, but when my wife was probably around 10, she and her family went to a Red Lobster. After the meal, while her parents were paying, she felt bad for all the lobsters in the tank, so she took a chair and smashed the tank to free them. It worked, and they were all told never to come back to Red Lobster again.

I was working at Stop & Shop, which was my first non-family job. I was only 16, and tired from a full shift. I was putting some carts away at the exit and a customer was leaving, one I recognized as one of our regulars. Well, as we’re told to I decided to wish her farewell and said, “Have a good morning!” as she passed by.

Now, while that’s a perfectly nice thing to say, it was in fact around 8:00 PM. Not exactly morning. Already a bit embarrassing. This woman turned around with a small smile and said, “I think you mean evening.” Yes! I thought, that’s exactly what I meant. As a clever comeback to save myself from the awkward moment I couldn’t decide between a shakespearian “Aye, there’s the Rum!” or a “That’s the bugger!” (for the UK folk among you, ‘bugger’ isn’t really a curse in the USA). Unable to decide, I somehow combined them into an impolite “Ah yes, the bastard!” The woman had a confused and disturbed look on her face, and quite frankly so did I.

In high school, I had a not super formal art class right before lunch. About 10 minutes before dismissal, the teacher was talking to everyone about whatever. I was sitting behind her on a counter instead of at a desk (cause I was the coolest) while she faced the rest of the class, so her back was to me. Above this counter was the clock, so I had the bright idea to twist the little knobby thing at the bottom of the clock which advanced the time, so we could get dismissed to lunch early. Brilliant! I was very amused with myself, proud of myself, and I knew the whole class could see me doing it, and I just knew they’d be amused and I’d be the hero and everyone would think I was the coolest. Except, in reality I’m really just an awkward dork and of course the clock fell off the wall onto my head, making a racket. The teacher just turned around and looked me in bewilderment while she continued talking, and my classmates just shook their heads in disgust.

Pools are my Safe Place

My Dad & his sister were swimming in a local pool.They were doing lengths when she spotted him taking a breather at pool edge. She swam up behind him put both hands on his bald head & dunked him underwater. Whilst she held him there, ignoring his flailing my actual Dad swam past!

There was one time that a frazzled mother forced open the door to a portapotty at a beach while I was changing in there (swimsuit so I was fully naked and trying to cover myself with it). She had her two sons with her – probably 8 and 13 or something – and she proceeded to apologize to me WHILE still holding the door open.💀

At the end of our phone conversations, I always tell my husband, “Bye! Love you!”

Once I said the same to my boss…

He was happy and replied, “Me too.”

Confidently walking into a glass door and giving myself a bloody nose and concussion. In my defense, that door was always open so I was not expecting that. Whoever cleaned that glass really did a great job, too.

Under the lights where we stand tall!

I was in class giving a presentation I had worked really hard on, and Im nervous speaking in front of other people. My phone went off while I was talking in class and it scared the shit out of me.

Best part is that my ringtone is Cowboys from Hell by Pantera, so my phone “cowboys from hell,” causing me to visibly jump, and then the guitar solo started before I could turn the damn thing off.

My friends still give me crap for it.

I only know this story from it being told at the dinner table, but I don’t doubt it’s validity, sounds like something I’d say without thinking. Apparently, I was riding in the backseat with my grandmother on vacation, and young Lucas blurted out “Grammy your neck is kind of like a turtle’s!”

As you can immagine, that didn’t land to well. I had to explain to my grandmother that what I meant was that she had a long and graceful neck, which is certainly a complement, but for some reason I decided turtle was the best animal to relate that too. Ah well. Grammy, if you’re reading this, swan. Like a swan.

This isn’t THAT bad I guess, but I still feel horrible about it.

At the company I used to work for, they paid for some guy to bring mediocre food to the office around lunchtime that you could buy, but people only did if they had no other options. This guy would arrive, leave a pile of food in the break room and leave, and most people never even saw him, so we took to calling him “the food fairy”.

One day we had an office potluck with MOUNTAINS of awesome stuff. BBQ ribs, sandwiches, tacos, burgers, desserts… So everyone’s in the break room filling their plates and I see, off to the side, the food fairy selection. Without thinking I go “Why does the ****ing food fairy even bother to bring this stuff on a day like this?” And everyone gets really quiet and gives me this horrified look, and then I turn and realize, there’s a guy in the room I’ve never seen: The Food Fairy. Looking right at me.

It gets worse. After I fled the room in shame, a co-worker came up to me and said “By the way, his name is Tom, and he’s gay. So…”

I was in a park and a lady loudly called out “Anyone who wants an ice cream come over here”. I headed over with several others. She handed out ices to them all then asked me “Who are you?”.

I realised the rest were all her family. 30 years later I still cringe.

On holiday in Corfu, some friends of ours sat at a pretty table in a shady square and ordered a couple of beers from the lady who came over to them. Later, when they tried to pay, she said “oh no, don’t worry, this is my home…you’re welcome”

Singing along to my spotify during a boring meeting via Zoom… Turns out I was NOT muted as I had thought. I could have crawled in a hole and died.

Well, those are some embarrassing moments from me, my acquaintances, and people I’ve never met. Hopefully they put a smile on your face and helped you to overcome some of YOUR embarassing moments.

Got some funny ones of your own? Share them in the comments below, maybe I’ll add them to the list!